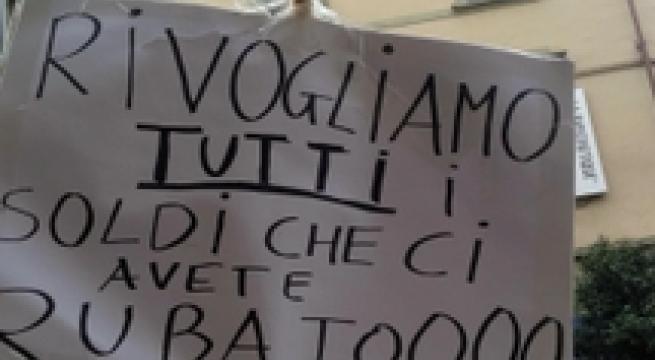 (see related)Arezzo, December 28 - Angry savers screaming "thieves, thieves" tried to force their way into the headquarters of the troubled Banca Etruria on Monday to demand their money back, police said. About 50 savers had gathered outside the rescued bank's headquarters and a short time later a group of them began beating their fists on the main glass entry door, forcing their way into the hall. However they were unable to break through a second door to get into the offices of the bank. Police surrounded the protesters and blocked off access to the area.