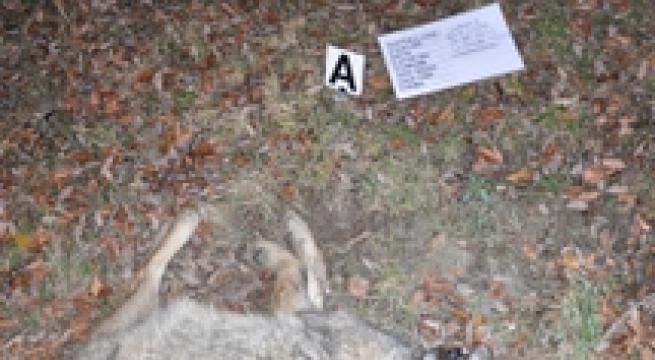 Rome, December 28 - Some 115 wolves were killed in Italy in the three years between 2013 and 2015, the Legambiente environmental protection group said Monday. More than 40% of them were killed by poachers, it said - 24.3% by firearms, 10.5% by poisoning and 6% by traps. The remaining 45.6% of deaths had various causes including being hit by cars, while less than 1% were due to attacks by other wolves. Legambiente and the Maiella National Park in Abruzzo said they were setting up a special wolf-protection unit.