Street theatre in Valona from 6-10 August as memorial 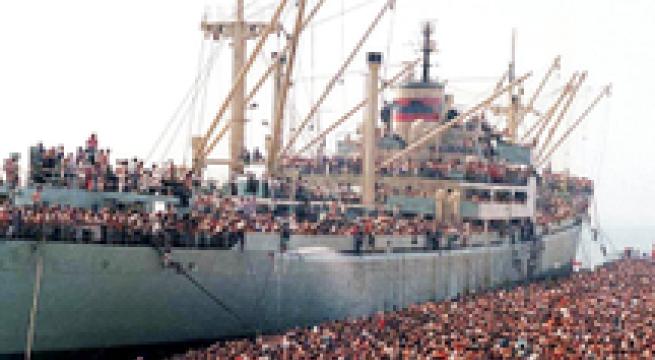 (ANSAmed) - ROME, 03 AGO - The Italian Cultural Institute of Tirana is promoting a project titled 'History in Reverse', 30 years after the ship Vlora landed in the port of Bari with 20,000 Albanians aboard. From 6 to 10 August, the streets of Valona will become an open-air theatre thanks to artists from the Koreja Theatre company in Lecce. Actors and musicians will perform in outdoor spaces such as public squares, streets and courtyards, presenting short texts, choreography, music and physical actions to bring public awareness and reflection on issues such as the importance of memory, the role of money in our society and the sense of being lost that comes from leaving one's birthplace. The event will take place in Valona's historic centre and will be carried out by: Alberto Grilli, director; Rita Petrone, choreography; Maria Rosaria Ponzetta, artistic assistant; Salvatore Tramacere, project coordinator; Giulia Maria Falzea, research and writing; Emanuela Pisicchio, song curator, with Giorgia Cocozza, Alessandra De Luca, Carlo Durante, Alessandra Gaeta, Andelka Vulic, live music Giovanni Chirico, Giorgio Distante. (ANSAmed).