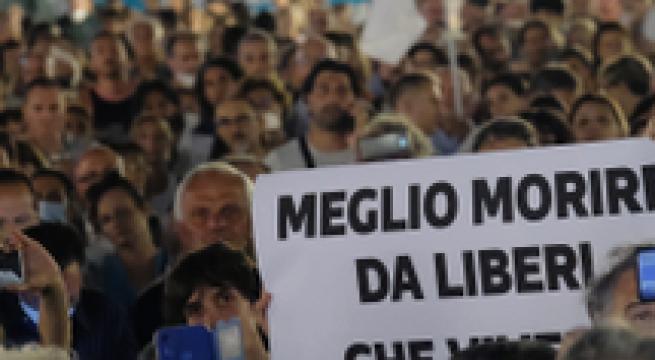 TURIN, JUL 23 - Some 2,000 people turned out in Turin Thursday night to protest against the government's new Green Pass vaccine passport for restaurants, pools, gyms and open-air events, according to DIGOS security police. "If that's what DIGOS says then we're at least double that number," said organisers. The demonstrators filled the central Piazza Castello. They waved banners including "I Want to Die Free". On Saturday there will be around 50 anti-Green Pass demos around Italy, from Roma to Aosta, and from Ragusa to Trieste, according to organizers calling themselves World Wide Demonstration. Italy's Green Pass comes into force on August 6, for people with at least one jab, a negative COVID test or a recent bout of the virus. (ANSA).