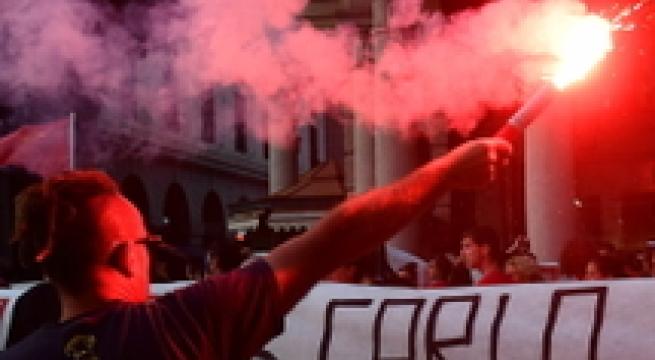 GENOA, JUL 19 - Genoese anarchists on Monday dedicated an arson attack on two power relay stations last night to Carlo Giuliani, a protester killed by a Carabiniere amid unrest at the Genoa G8 summit 20 years ago. Giuliani was shot dead by a Carabiniere he was attacking with a fire extinguisher a day before a night-time raid on a school used by protesters which earned Italy a condemnation for torture from a European court and which Amnesty International called the worst suspension of democracy in western Europe since WWII. Several police were punished for the police brutality at the July 2001 summit in the northwestern Italian city, which was marred by mayhem by extremists and, according to anti-globalists, agents provocateurs. But some of the officers in charge escaped punishment and were promoted. (ANSA).