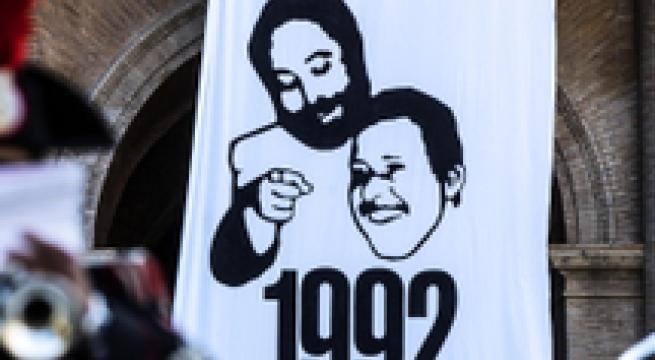 ROME, JUL 19 - Italy must do more to uproot its mafias, President Sergio Mattarella said on the 29th anniversary of the Cosa Nostra assassination of anti-mafia magistrate Paolo Borsellino in a Palermo carbombing just two months after the assassination of his friend and colleague Giovanni Falcone. In a message, Mattarella said "the bomb attack at Via D'Amelio, 29 years ago, was conceived and implemented with brutal inhumanity. "Paolo Borsellino paid with his life for his rectitude and coherence as man of the Institutions. "With him died his bodyguards, Emanuela Loi, Agostino Catalano, Vincenzo Li Muli, Walter Eddie Cosina, and Claudio Traina. "The memory of that massacre, which marked Italian history so deeply, still arouses an unchanged emotion, and also renews the awareness of the need for a common commitment to uproot the mafias, to fight crime, and to break the connivances and complicities that favour the criminal presence". The president stressed that "Paolo Borsellino, and with him Giovanni Falcone, knew well that the fight against the mafia requires a strong collaboration between Institutions and society. "They exerted every energy for this." On 23 May 1992, Falcone, his wife Francesca Morvillo and police officers Rocco Dicillo, Antonio Montinaro and Vito Schifani were killed by a huge bomb detonated under their cars on the Palermo-airport highway by Giovanni Brusca, a mafia boss whose release from jail caused outrage last month. The assassinations were ordered by late capo dei capi Totò 'the Beast' Riina. (ANSA).