'Time is a gentleman' says League leader after drugs arrests 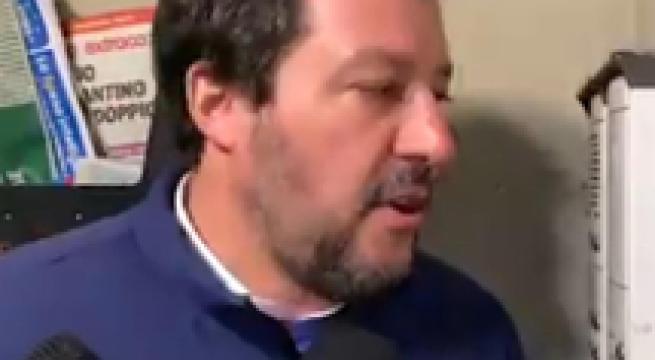 BOLOGNA, JAN 27 - League leader Matteo Salvini said Wednesday he had been vindicated after the parents of a boy whose intercom he buzzed in what was decried as an electoral stunt in Bologna a year ago were arrested on suspicion of pushing drugs in the Emilian capital. Surrounded by a film crew and a crowd of supporters for his campaign in the Emilia Romagna elections, the nationalist leader buzzed the intercom of the 17-year-old Tunisian boy in a working-class district in January 2020 and asked if a pusher was living there. A police officer reportedly put Salvini in touch with a woman in the Pilastro district whose son had died of drugs and who led the former hardline anti-migrant interior minister to the boy's home. The boy sued the opposition leader, who went on to narrowly lose the regional elections. Salvini's opponents decried the stunt while the Tunisian ambassador called it an unacceptable breach of privacy. Facebook took down a video Salvini had posted of the "raid", which had enthused his supporters. On Wednesday the boy's parents, a 59-year-old Tunisian man and a 58-year-old Swiss national, both naturalised Italians, were arrested on suspicion of distributing and possessing drugs with the intent to distribute, as well as possessing counterfeit money and weapons. Salvini said he had been vindicated, tweeting: "Anti-drugs raid in Bologna. Time is a gentleman. Drugs are bad for you". (ANSA).