Gets suspended sentence of 18 mts 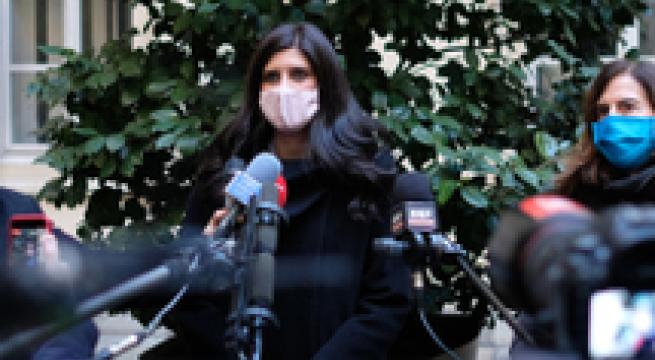 TURIN, JAN 27 - Turin Mayor Chiara Appendino was convicted and received a suspended sentence of a year and a half Wednesday over a stampede among fans watching the 2017 Champions League final between Juventus and Real Madrid in Turin's central San Carlo square in which three people died and at least 1,672 were injured. The stampede on 3 June 2017 happened when panic spread in the Piazza San Carlo after a robbery attempt. Appendino and four other defendants all got a suspended sentence of 18 months. The prosecutor in the case said Appendino bore management responsibilities in the case, and not just political ones. (ANSA).