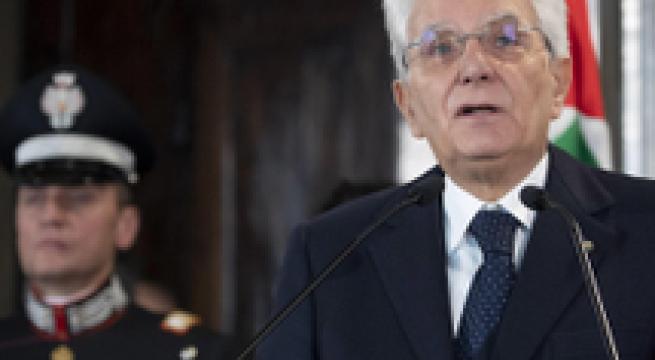 ROME, JAN 27 - Remembering the Holocaust is a "duty of civilisation," Italian President Sergio Mattarella said on Holocaust Remembrance Day Wednesday. "We are approaching the theme of memory with emotion and agitation, with doubts and unresolved questions," he told a ceremony at the Quirnale presidential palace. He said the Holocaust was a paradox, pitting "men against humanity". Mattarella said "remembering expresses a duty of civilisation". Th head of State Mattarella presided over a ceremony at the Quirinal Palace in Rome, with Giuseppe Conte, who resigned as premier on Tuesday but remains acting head of government, among those present. During the ceremony schools that distinguished themselves in the 19th 'I Giovani Ricordano la Shoah' (Young People Remember the Shoah) competition will be awarded prizes. January 27 is the anniversary of the day the Red Army liberated the Auschwitz-Birkenau Nazi death camp in 1945. (ANSA).