Efforts to lay down foundations for third Conte govt continue 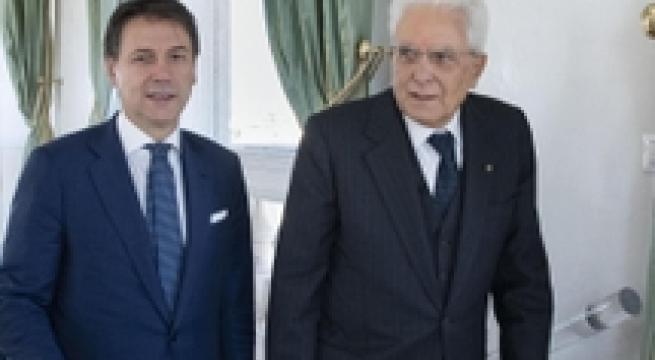 ROME, JAN 27 - President Sergio Mattarella is set to start a round of formal consultations on Wednesday after Giuseppe Conte quit as premier on Tuesday, marking the collapse of his second government. The government no longer had an absolute majority in the Senate after ex-premier Matteo Renzi's Italia Viva (IV) party triggered a crisis in the middle of the COVID-19 pandemic by withdrawing its support. The other parties in the ruling coalition, the 5-Star Movement (M5S), the centre-left Democratic party (PD) and the left-wing LeU group, are in favour of Conte forming a new executive, which would be his third. Conte had been hoping to replace IV with so-called 'constructor' lawmakers and Senate Speaker Elisabetta Casellati said Wednesday that a new group has been formed in the Upper House, the Pro-Europe MAIE Democratic Centre (MAIE-CD) group. However, while this new group has around 10 Senators, this is not enough to replace IV in the Upper House. Indeed, while the M5S and the PD had previously ruled out patching things up with Renzi, this notion is no longer a taboo subject. A third Conte government would have a new programme and probably a reshuffled cabinet too. There is also the possibility that the old coalition could be reformed but under a different premier. Another option is the creation of a broad government of national unity. The centre-right opposition is calling for early elections. The consultations will start in the afternoon with Mattarella holding talks with Casellati and House Speaker Roberto Fico. He will speak to the political parties on Thursday and Friday. After the consultations, Mattarella will decide whether he wants to hand a mandate to someone to try and form a new government. Conte's first government, which lasted from June 2018 until August 2019, was backed by the M5S and Matteo Salvini's right-wing League party. (ANSA).