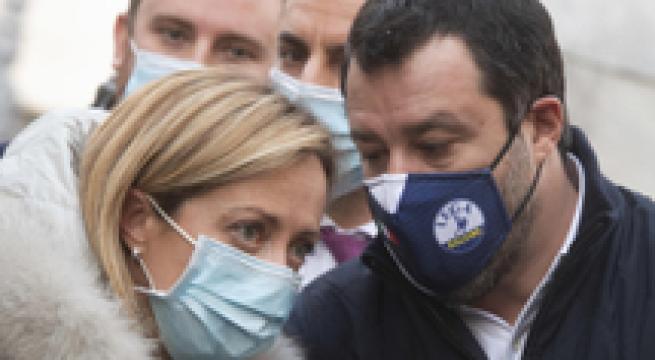 ROME, JAN 20 - The parties of the centre-right opposition said they will speak to President Sergio Mattarella and tell him the political situation is unsustainable after Premier Giuseppe Conte won a confidence vote in the Senate on Tuesday but fell short of an absolute majority. "The country cannot remain hostage to an incapable, arrogant, cobbled-together government," a joint statement said after a meeting of top party officials. "It is a minority government that continues the braze, scandalous acquisition of parliamentarians and has no scruples about taking on those who were elected with the centre right and betrayed the commitment made to the voters. "The centre right intends to present to the president of the republic its point of view about the situation, which has become unsustainable". (ANSA).