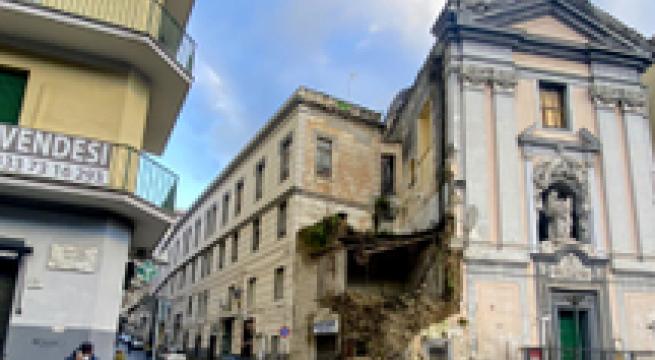 NAPLES, JAN 20 - Part of the facade of a church in central Naples collapsed on Wednesday but no one was hurt, local sources said. The church, Santa Maria del Rosario alle Pigne, known as "del Rosariello", is in Piazza Cavour, in the heart of the southern port city. Part of the roof of an adjacent building also fell in, damaging a flat there. The collapse took place around eight in the morning, when the area was full of passers-by, local sources said. Firefighters said the church had not suffered any damage. The church was open to visitors but was no longer authorised to hold services, Church authorities said. Local residents and members of the faithful told journalists that cracks had appeared in the facade and roof over the past few years. They said the owner of the church and the building had been reporting these warning signs to the city council "for at least three years". Plaster had also come off the facade on several occasions, they said. (ANSA).