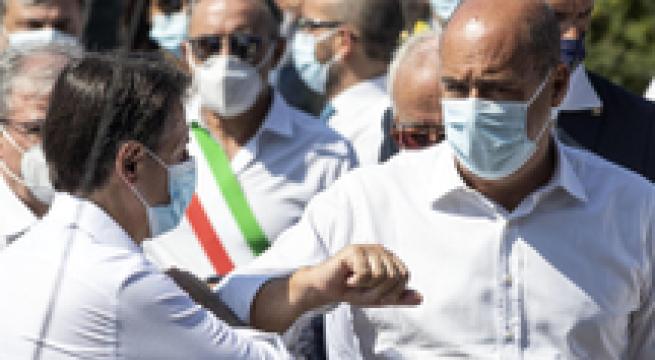 ROME, JAN 20 - Democratic Party (PD) leader Nicola Zingaretti said Wednesday that a "leap into darkness" had been averted when the government survived a crunch confidence vote in parliament on Tuesday. Premier's Giuseppe Conte's executive won the confidence vote in the Senate after ex-premier Matteo Renzi's Italia Viva (IV) party triggered a crisis by pulling its support. But, unlike in Monday's vote in the Lower House, the government came up short of an absolute majority, meaning uncertainty about its future remains. "Now we must work on two fronts - the problems of the Italian people and the government's political direction," Zingaretti told his party's Radio Immagine, adding that he had spoken to Conte after Tuesday's vote. "The is absolute awareness about the need to work on these two fronts. "Now is the time to turn a new leaf, to reinforce the government's parliamentary strength". Conte is expected to hold a meeting with representatives of the parties supporting his government on Wednesday - the PD, the 5-Star Movement (M5S) and the left-wing LeU group. He also is expected to visit President Sergio Mattarella shortly to discuss the situation. The centre-right opposition has said it is ready to ask Mattarella for snap elections to be held, arguing the government no longer has a working majority in the Upper House. The government won Tuesday's vote with the help of several life Senators and two lawmakers elected with Silvio Berlusconi's Forza Italia (FI) party who broke ranks. (ANSA).