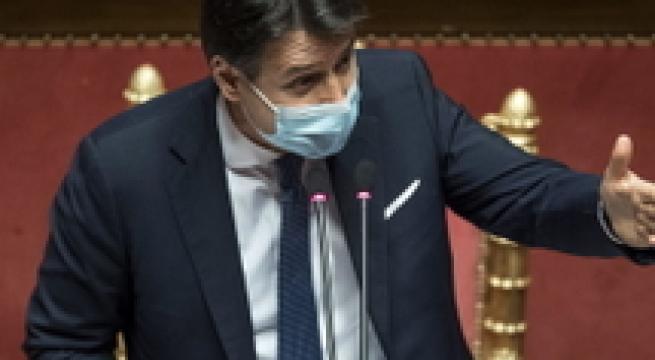 ROME, JAN 19 - Premier Giuseppe Conte won a crunch confidence vote in the Senate on Tuesday with 156 votes in favour, 140 against and 16 abstentions. But the executive fell short of an absolute majority of 161 votes in the Upper House. Conte's coalition executive was put to confidence votes in parliament after it was plunged into crisis by ex-premier Matteo Renzi's Italia Viva (IV) party pulling its support. It passed a confidence test in the Lower House with an absolute majority on Monday. Conte appealed to so-called 'constructor' lawmakers from outside the ruling coalition to vote for the government and stop it collapsing in the middle of the COVID-10 pandemic. Conte told the Senate that the pandemic made it more important for his government to stay afloat. "The country has united with the pandemic, with its suffering," he said. "The government's sense of unity has increased. The reasons to be together have increased". The centre-right opposition, which has been calling for snap elections, has said the government remains too weak to effectively rule the country. "We'll speak to (President Sergio) Mattarella," League leader told RAI television. "We have a government that does not have a majority in the Senate and it is on its feet thanks to people who have changed sides". (ANSA).