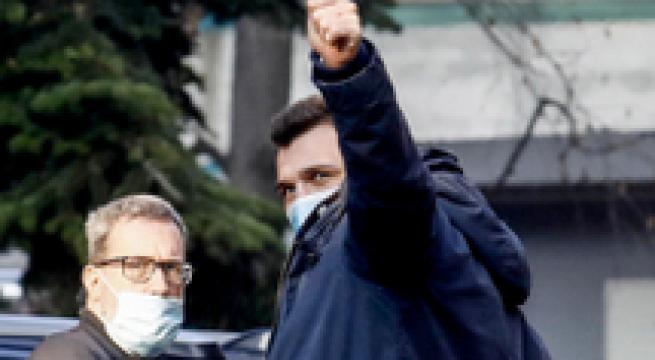 MILAN, JAN 19 - Former Croatia, Bayern Munich, Atelitoc Madrid and Juventus forward Mario Mandzukic on Tuesday joined Serie A table toppers AC Milan for an undisclosed fee. The former multiple Croatia player of the year was a free agent having left Qatari side Al-Duhail by mutual consent a year after his three seasons at Juve in 2019. Mandzukic, who starred in Croatia's run to the World Cup Final in 2018, said on Instagram that he was "ready to fight!" He said it was an "honour" to wear the "storied" Rossoneri shirt alongside stars such as Sweden great Zlatan Ibrahimovic. "We will realise the hopes of the fans" of the seven-time European champs, said the hard-working striker, who played his last of 89 games for his country in 2018, scoring the last of his 33 international goals. Mandzukic noted that there were "many" Milan fans in Croatia. An Ibrahimovic brace gave AC Milan a 2-0 win at Cagliari on Monday and made sure they will hold the symbolic title of 'winter champions' that goes to the team in the lead at the Serie A season's half-way mark. Milan have 43 points from 18 games, three more than second-placed Inter, who beat champions Juventus 2-0 on Sunday. (ANSA).