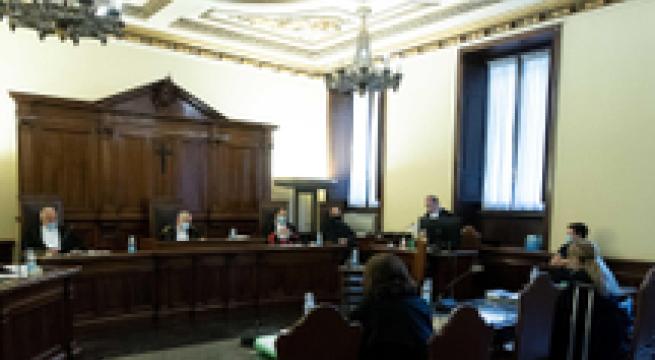 ROME, JAN 18 - A priest at a leading seminary on Vatican territory is facing possible trial for allegedly sexually abusing a fellow former seminarian who was a minor at the time of the alleged abuse in 2010-2012, sources said Monday. Father Gabriele Martinelli allegedly abused the boy, a year younger than him, at the Preseminario San Pio X seminary, Rome police said. Rome prosecutors aid they had wrapped up their probe and were ready to ask for an indictment of Father Martinelli. Prosecutors said the suspected abuse involved "multiple episodes". Also involved in the case is Monsignor Enrico Radice, former dean of the pre-seminary, for complicity in sexual violence. Father Radice is suspected of not stopping the illicit acts and failing to report them, prosecutors said. (ANSA).