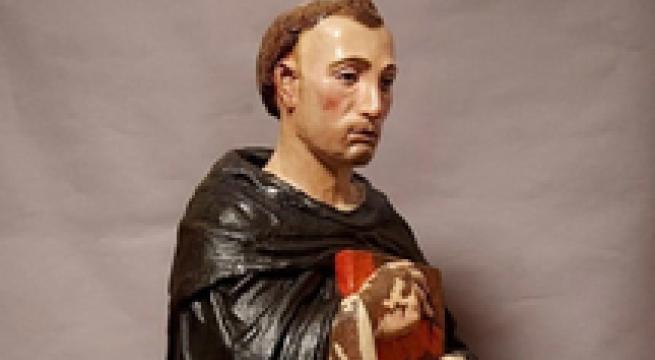 FABRIANO, JAN 12 - A 15th-century wooden statue of St Peter has been attributed to Renaissance master Donatello. The newly re-attributed work was delivered back safely Tuesday to a gallery in the Marche town of Fabriano. It was restored in Florence by Anna Fulimeni, under the scientific direction of Pierluigi Moriconi, an art historian at the Marche cultural heritage superintendency. For centuries the statue, covered by layers of overpainting, had been largely overlooked in Fabriano's San Domenico Church. It was believed to be a 19th century work. Perugia University art historian Fabio Marcelli was the first to suggest it was a Donatello. This was later confirmed by leading Donatello expert Giancarlo Gentilini. As the statue was placed in the collection of the Molajoli Gallery, Fabriano Mayor Gabriele Santarelli said "this is an important moment for the city of Fabriano, which we had been waiting for for years". Marche Art Heritage Superintendent Marta Mazza said: we hope the work can now be enjoyed by as many people as possible". Donatello (c. 1386 - 13 December 1466) was the foremost sculptor of the early Renaissance. (ANSA).