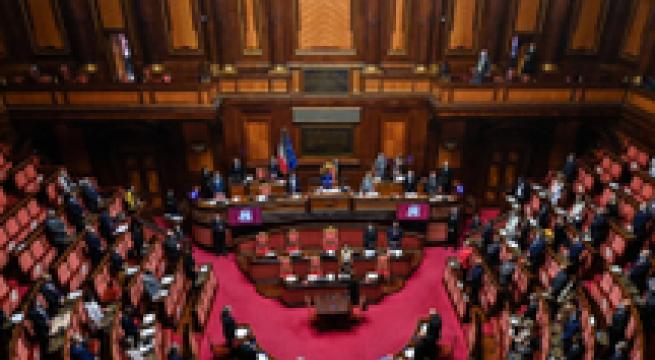 ROME, 10 AGO - A massive furore has broken out after it emerged that five lawmakers claimed a 600-euro benefit designed to help self-employed people make ends meet during the coronavirus lockdown. The lawmakers reportedly were able to claim the benefit because they also had active value-added tax accounts. The cases and many others were reportedly uncovered by the anti-fraud unit of pensions and social security agency INPS. INPS was reportedly unable to press charges though as technically the five did not break the law. But their conduct was clearly against the spirit of the legislation and has triggered bipartisan condemnation. Foreign Minister Luigi Di Maio, a leading member of the 5-Star Movement (M5S), on Monday called for the names of the "crafty" elected representatives to be made public. "A disturbing picture emerges from a reading of this morning's newspapers," Di Maio said on Facebook. "In addition to the five crafty MPs, there are reportedly over 2,000 politicians, when counting local and regional officials, all over Italy who requested the VAT-account bonus for self.employed people in difficulty because of the COVID emergency. "We are faced with deeds of the utmost gravity. "The names (of these people) must be made public. The Italian people have the right to know who betrayed their trust. "These people must have no more opportunities to hold public office. They must be distanced from the State, they must be punished. "They offended our (national) flag, they offended the memory of those who did not make it (through the coronavirus emergency). "They have soiled Italy's name around the world and it is right for them to pay. "They cannot and must not get away with it". Economy Ministry Undersecretary Alessia Morani said that of the five lawmakers, three were members of the opposition League party, one belongs to the M5S and another to the centrist Italia Viva party. Anita Pirovano, a Milan city councillor for the Milano Progressista group, on Monday admitted that she was one of the elected officials to have claimed the benefit. "I don't make my living from politics because I don't want to and I wouldn't be able to," said said on Facebook. "I wouldn't be able to because I have a mortgage, I do the shopping, I maintain my daughter and occasionally I like to go out and go on holiday". (ANSA).