Using ESM is not my goal says Conte 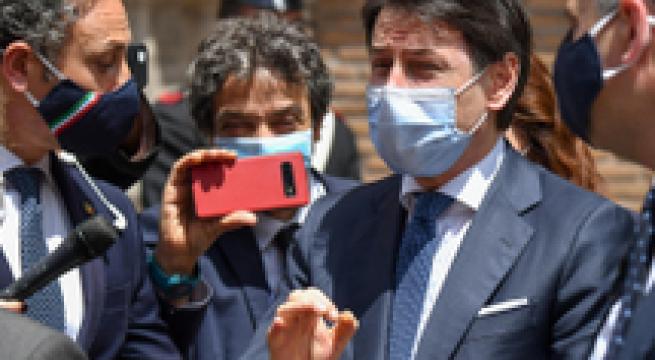 Rome, May 22 - Premier Giuseppe Conte said Friday that using the European Stability Mechanism to fund Italy's response to the economic earthquake caused by the coronavirus emergency was not his objective. He noted that the ESM process meant taking out loans and this was not in Italy's interest, event at a very low interest rate. The real "historical turning point", he said, was the Franco-German proposal for a 500 billion euro recovery fund using non-repayable grants. Italy has said it will back the proposal to the hilt, while hoping for even more money, while northern European countries have said the fund should be in loans and not grants. Conte added that the support of former premier Matteo Renzi's centrist Italia Viva (IV) party, a fractious government ally, was "important". IV this week threatened to vote for opposition motions of no confidence in Justice Minister Alfonso Bonafede, a move that would have caused a government crisis, but withdrew the threat at the last minute, in the latest of a string of rows with its partners. Conte said that now the government "will accept IV's proposals on infrastructure and the family act, issues that are dear to our heart." He said former centre-left Democratic Party (PD) leader Renzi's last minute backing for Bonafede and the government had been "an important decision".