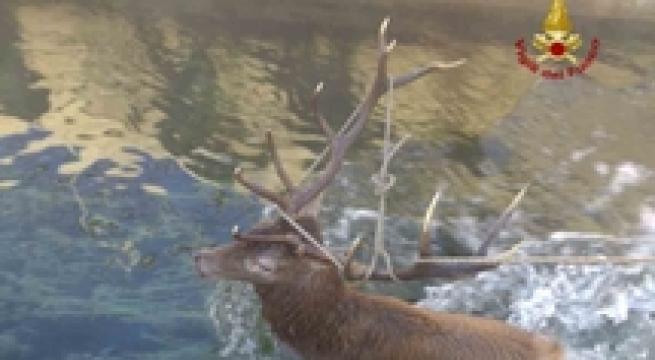 Treviso, December 31 - Firefighters Thursday rescued four deer who were trapped in the Brentella canal at Battaglia in the northern province of Treviso, fire officers said. The animals evidently came down to the canal from nearby hills to look for food and water because of a drought affecting the area, said the firefighters. Pulling the deer out of the canal was a difficult task for the firemen as the animals weighed as much as some 150 kg (330 pounds) each.