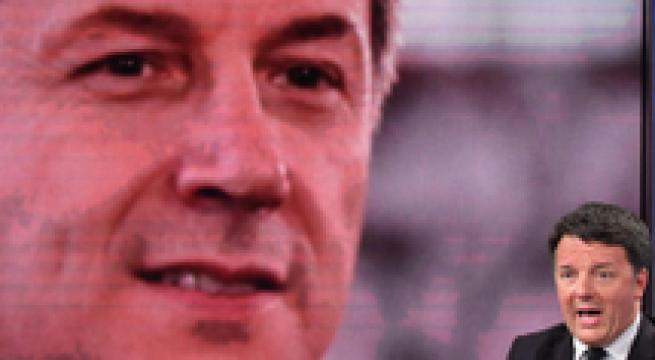 Rome, February 20 - Premier Giuseppe Conte said Thursday he would see restive Italia Viva (IV) leader Matteo Renzi at the latter's request next week amid government tension on judicial reform and other issues. "Renzi has asked me for a meeting and I have already replied that I am more than willing, my door has always been open and will always be open: we will certainly meet next week," said Conte on his arrival at an EU summit in Brussels. He said it would be "absolutely improper for me to seek other majorities" instead of the current one with the 5-Stars (M5S), the Democratic Party (PD), IV and the Free and Equal (LeU) party, despite Renzi's recent brinkmanship. Conte added that he would brief parliament on the government's 2023 agenda shortly. On the EU budget, the subject of the summit, Conte said enough resources were needed for the great challenges facing the Union. Renzi on Wednesday night launched the idea of reforming the Italian premier's job by setting up a so-called 'mayor of Italy' but his government partner the PD immediately scotched the notion. Renzi, a former premier and PD leader, also floated the proposal of an "institutional government" without current Premier Giuseppe Conte at the helm. Again, the PD rejected the proposal. PD Senate Whip Andrea Marcucci said "there are not the conditions" for the moves. He stressed that there was a deal with IV for a new electoral law and other "adjustments". PD leader Nicola Zingaretti said Thursday "we should have fewer polemics and more action". Renzi said "I hope to put an end to these theatrics with Conte next week".