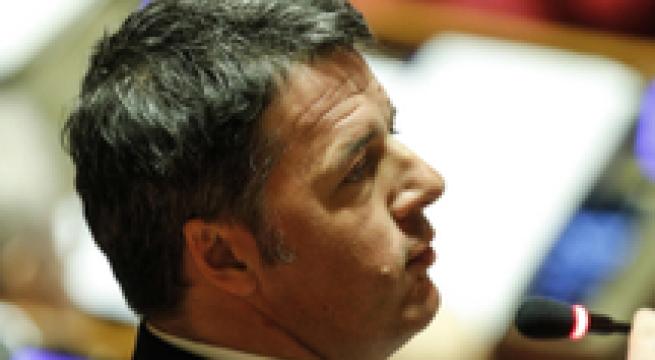 Rome, February 19 - Ex-premier and Italia Viva (IV) Matteo Renzi on Wednesday again dared Premier Giuseppe Conte to kick him out of the ruling coalition, amid a huge row within the government over changes to the statute of limitations. Renzi told RAI's Porta a Porta show that the premier had already tried to find support from "responsible" lawmakers in the Senate so it no longer needed IV, but the attempt had failed. "If the premier or one of his collaborators want to replace us, there's nothing wrong with it," Renzi said. "But next time it would be better if they actually manage to do it". Unlike the other parties supporting the government, IV is opposed the "lodo Conte bis", a compromise on the statute of limitations proposed Conte after it staunchly opposed Justice Minister Alfonso Bonafede's reform that puts the statute of limitations on ice after a first-instance court ruling. Renzi confirmed that IV intends to present a motion of no confidence in Bonafede, a member of the 5-Star Movement (M5S), if an agreement within the government on the statute of limitations is not found. He said he was confident that presenting such a motion would not cause the government to collapse. The centre-left Democratic Party (PD), meanwhile, warned IV that a series of rebellions in parliamentary votes over the statute of limitations must stop. "This daily guerrilla warfare by Renzi has become intolerable because it undermines the foundations of the government," said PD lawmaker Michele Bordo. "It's really difficult to keep going in this way. "IV must clarify its position at once because you cannot be in the opposition and in government. "We won't stand it much longer. "Renzi should assume his responsibilities with respect to the nation if he has decided to help (League leader Matteo) Salvini and the right return to power".