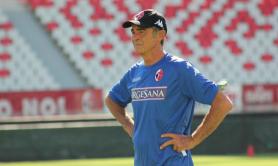 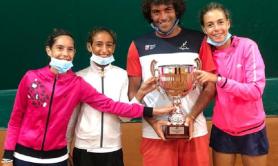 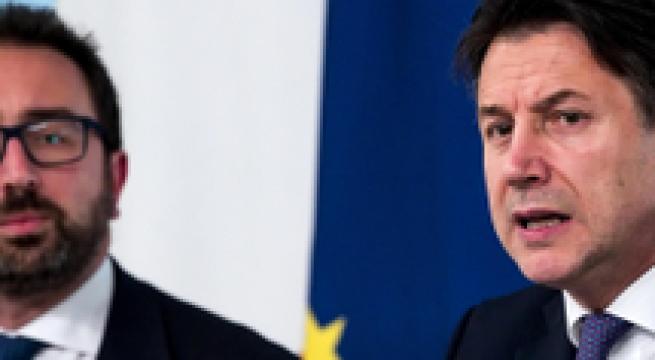 Rome, February 14 - The cabinet gave its green light to a controversial reform of Italy's criminal trial legislation but tensions between Premier Giuseppe Conte and Matteo Renzi's Italia Viva (IV) party over changes to the statute of limitations remained high and an IV threat to eventually table a no confidence motion in Justice Minister Alfonso Bonafede has not been taken off the table. The proposed measure OK's by cabinet includes the so-called "lodo Conte bis", a compromise solution to the wrangle about the statute of limitations reform. "When you work with reliability, responsibility and commitment, the results, though hard, arrive", Prime Minister Giuseppe Conte told a press conference after the meeting. The premier called a "defeat" the absence of IV's two female ministers Teresa Bellanova and Elena Bonetti at the cabinet meeting in a sign of Renzi's party's continued opposition to the "lodo Conte bis". Renzi on Friday reiterated that the lodo Conte was unconstitutional and said "we won't give up trying to change" Bonafede's reform. "If Conte wants to he can banish us, we're alies and not subjects". Renzi on Thursday issued his latest ultimatum to Justice Minister Bonafede, prompting a sharp response from Premier Giuseppe Conte. "Italia Viva needs to tell us what it wants to do, it needs to clarify not just to me but to the country", the prime minister told the press conference. Bonafede, the architect of the reform, has said the measure will cut down the length of Italy's snail-paced criminal trials to a maximum of four years, including trials of first instance and appeals. Earlier this week Renzi, an ex-premier and former center-left Democratic Party (PD) leader, threatened to up the stakes in a row within the government about the reform of the statute of limitations by presenting a motion of no confidence in Bonafede. Unlike the other parties supporting the government, IV opposed the "lodo Conte bis", a compromise on the issue proposed Conte after it staunchly opposed Bonafede's reform that puts the statute of limitations on ice after a first-instance court ruling. The aim is to stop offenders getting off thanks to their lawyers' ability to draw out proceedings until the statute of limitations kicks in. Renzi argues there is a risk of people getting embroiled in never-ending trials and the slow pace of Italy's justice system getting worse. The reform has also come under fire from judges and criminal lawyers, as well as opposition parties. Conte's compromise would see the statute of limitations put on ice when a first-instance conviction is upheld at the appeals level. In Italy's three-tier justice system, convictions are not considered definitive until the appeals process has been exhausted. There has been speculation the other parties could force Renzi to put up or shut up by putting the Conte compromise to a confidence vote. But the sources said that if that happened, IV might respond by tabling a no-confidence motion in Bonafede, a member of the 5-Star Movement (M5S). "If a party is threatening to present a no-confidence motion in a minister, it is threatening no-confidence in the whole government," said Culture Minister Dario Franceschini, a bigwig in the centre-left PD. IV MP Lucia Annibali, an acid-attack survivor, on Wednesday presented a motion to postpone the statute of limitations reform by a year to stop the government brawling. After she did so she was submerged by a wave of social media hate including wishes that she should be disfigured again, and posts praising her ex who threw the acid in her face. "I will not be intimidated," she said. On Friday Rome prosecutors opened a probe into the insults against Annibali. IV voted with the opposition on the motion, as it has done in previous votes on the statute of limitations reform. The motion was defeated. The cabinet was also set to assess a thoroughgoing reform of criminal justice in Italy at Thursday night's meeting. Renzi on Thursday gave Bonafede two months to change tack or face a possible Senate no confidence vote. IV once more voted with the opposition for an amendment filed by three-time ex-premier and media magnate Silvio Berlusconi's centre-right Forza Italia (FI) party on the issue on Thursday. Again, the amendment was defeated. Premier Giuseppe Conte said Thursday that he would not take it lightly if the members of government from the Italia Viva (IV) party snubbed the next cabinet meeting in relation to a row over changes to the statute of limitations. "Not sitting at a table that you have an institutional role at would not be something to overlook," Conte said. "I would consider it unjustified". Conte said he did not accept "blackmail" and warned the IV that they should not continue to vote with the opposition. "I listen to everyone, but a more constructive spirit is needed," he said. Conte called on IV to clarify its position amid the row with other groups within the ruling coalition over changes to the statute of limitations. "I think IV should give clarification - not to me but to the Italian people," Conte said, describing the party's attitude as "surreal, paradoxical". "You'd expect aggressive and somewhat rude opposition (like this) from a party of the opposition". That prompted Renzi to dare Conte to open a government crisis by kicking his Italia Viva (IV) party out of the ruling coalition. "If Conte wants to open a crisis, he can," Renzi said. "Mr premier, the ball is in your court. We haven't opened a crisis. "You can change the ruling majority, premier. "You know how to do it because you've done it in the past. "If we are in the opposition , you don't have a majority".