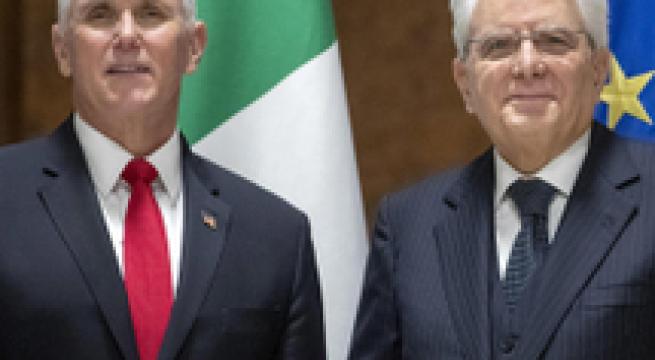 Rome, January 24 - US Vice President Mike Pence told President Sergio Mattarella "thanks for your strong leadership" during talks in Rome Friday, US journalists said. The pair conferred over the fight against anti-Semitism and Mattarella's visit to the Yad Vashem Shoah museum in Jerusalem on Thursday, the journalists said. "Thanks for being there," Pence reportedly told Mattarella. The VP also recalled the millions of Italians the US has taken in and said that his father-in-law has Italian origins.