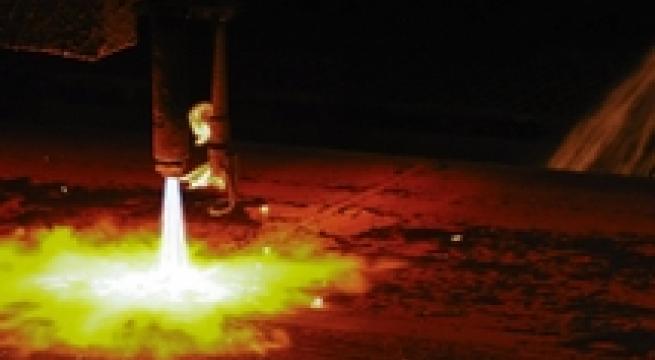 Taranto, January 22 - Three explosions were recorded in the night between Tuesday and Wednesday at the altoforno 2 furnace of the ArcelorMittal steelworks in the southern city of Taranto, union sources said Wednesday. The sources said no injuries were reported although the explosions caused extensive damage. Unions said the accident was reported on the eve of the switch-off of the altoforno 1 furnace at the plant, which will lead to an increase of production for the furnace affected by the incident, which requires maintenance work. ArcelorMittal is set to lay off between 477 and 277 workers at the former ILVA steelworks in the Puglia port city over the closure of furnace 1 at the sprawling and highly polluting plant, Europe's biggest steelworks. Furnace 1 is set to remain closed for about two months, until March 31, 2020, a move which unions are asking ArcelorMittal to suspend over security concerns. The French-Indian multinational has told unions that the new organization of production is due to the "scarce supply of raw material and the current production capacity linked to demand". ArcelorMittal in November filed suit to get out of their contract to take over the former ILVA steel works, including its Taranto plant. Government sources on Tuesday said Premier Giuseppe Conte could meet with ArcelorMittal's management in Davos, Switzerland as negotiations continue on a new industrial plan for the site that employs around 8,200 workers in Taranto on the sidelines of the World Economic Forum. Conte is scheduled to attend the event on Thursday.