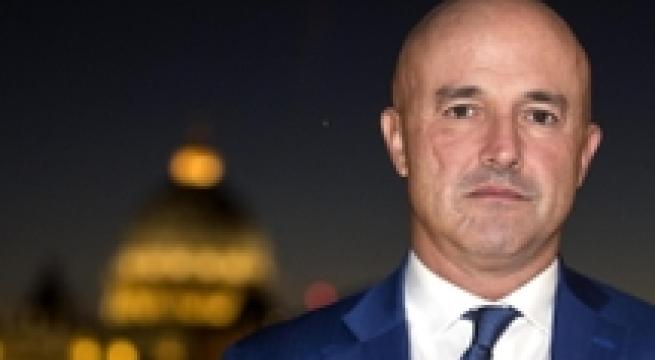 Rome, October 21 - A new book by Italian journalist Gianluigi Nuzzi titled "Giudizio Universale" (Last Judgment) released on Monday claims the Vatican is experiencing a financial crisis. Nuzzi released a preview of the book to Italian daily La Repubblica and said the Holy See accounting task force put into motion by Pope Francis found Vatican accounts in a deficit that "has reached worrisome levels, at risk of leading to default". The book highlights a constant drop in donations to the Church. "The scandals are eroding the trust of the faithful," says former La Repubblica editor and editorialist Ezio Mauro in his article on the book. When Francis launched the reform against financial crisis in 2018, Nuzzi reveals in his book, financial authority APSA flagged a "parallel book-keeping" in the city state with secret accounts for cardinals and alleged front men covering for businessmen and politicians that were very close to the Holy See. When the pope asked for the closure of the suspect accounts, La Repubblica said, the inspectors replied that "the false bottom in Vatican finances is practically non-eliminable," according to insiders. Nuzzi's book also said there were parallel accounts for cardinals at APSA itself. AS for the pope's personal funds, 'State secrecy' norms cover them, the journalist said. Giudizio Universale also reopens the case of Carlo Maria Viganò, the former top Vatican diplomat in the United States, who resigned after publishing a letter which said Francis should step down for allegedly covering up a top US bishop's alleged sex abuse. The former Vatican diplomat said in the document that Pope Francis had protected the former Washington DC archbishop, Cardinal Theodore McCarrick, who is accused of sexually abusing young seminarians. The pope never considered resigning after Viganò's accusation, Vatican sources have said. Viganò said he told Francis about McCarrick in 2013, saying he had been sanctioned by former pope Benedict XVI, but Francis did nothing about it. Francis said he would not dignify Viganò's allegations with a reply. The case pitted conservative critics of Francis against progressive supporters who say the traditionalists are "weaponising" child abuse to attack the pope's mercy-over-morals approach. Viganò also claimed there was a powerful gay lobby in the Church he blamed for the abuse cover-ups, naming many of their names. Viganò, who was previously involved in the Vatileaks case, said that he was not pursuing a vendetta for having been replaced as nuncio to the US in 2016, or previously losing his place as Vatican city governor. "I have never had feelings of revenge or rancour in all these years," he said. He denied being a "poison-pen letter writer", saying "I am accustomed to doing things in the light of day." Viganò is one of the Church conservatives who have criticised Francis for allegedly opening up to gays and remarried divorcés. They have also slammed him for denouncing 'clericalism', unfettered capitalism and the climate crisis.