League leader pledges to sell off chunk of RAI 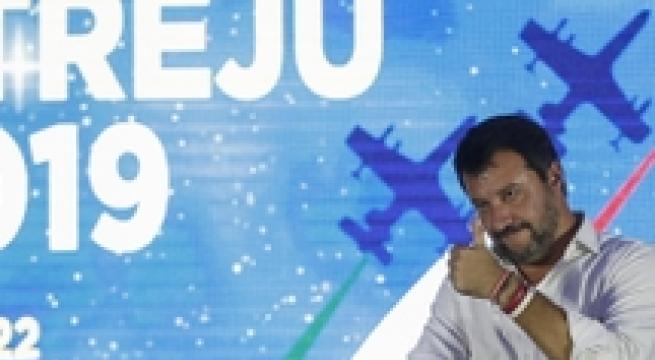 Rome, September 20 - League leader Matteo Salvini said Friday that the Italian president should be elected directly by the people. The president, who acts as the guardian of the Constitution and as the political system's referee, is current elected by parliament. "The PD (Democratic Party) have already taken the last three presidents for themselves," Salvini said. "I think that, if not in 2022, then in 2029 the head of State could be elected directly by the citizens". Former interior minister Salvini last month pulled the plug on the first government headed by Premier Giuseppe Conte. But his bid to trigger early elections failed as his former government allies in the 5-Star Movement (M5S) agreed a pact with the PD to form a second Conte government. Salvini, whose party is current well ahead in the polls, said that he was confident that he would have the necessary votes in parliament in the future to carry out this Constitutional reform. He added that he does not think the current M5S-PD government will last until 2022, when President Sergio Mattarella's successor will be elected. Salvini also said that when he next returns to government he will sell off a chunk of State broadcaster RAI.