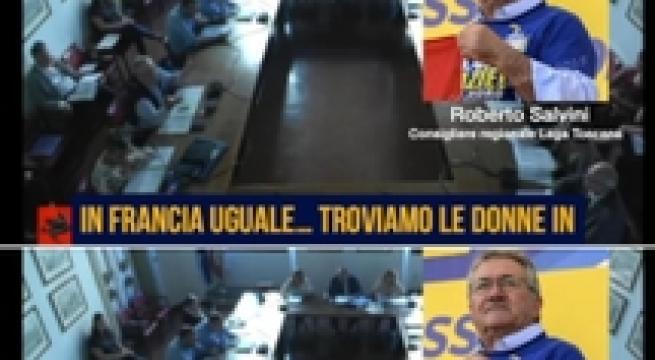 Florence, September 20 - Tuscany regional councilor Roberto Salvini was suspended by the Euroskeptic, anti-immigration League party on Friday after sparking a controversy by proposing putting "women in windows to help tourism". Salvini's proposal was made while speaking about prostitution during a meeting of the regional commission for economic development. It was reported by Democratic Party (PD) regional councilor Monia Monni, who attended the meeting. Monni published on Facebook a video with Salvini's statements, saying that she was disgusted by the proposal. The League party said Salvini was expressing a "personal" opinion that is "outside our line". The party's commissioner in the region, Daniele Belotti, said in a statement that Salvini would be suspended from the party.