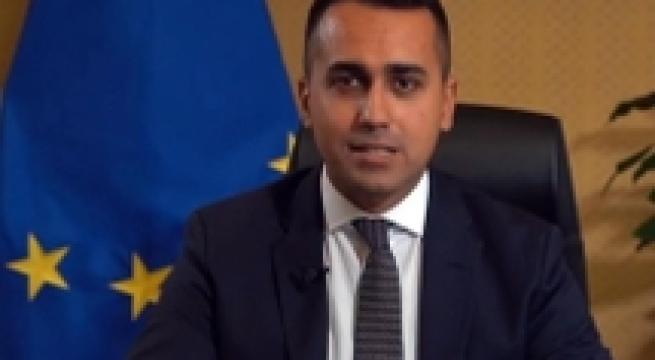 Rome, September 20 - Foreign Minister and 5-Star Movement (M5S) leader Luigi Di Maio said Friday that how the Democratic Party (PD) acts when it comes to the bill to cut the number of Italian parliamentarians by over 300 will be the true test of whether the centre-left group are trustworthy government partners. He was commenting after M5S bigwig Alessandro Di Battista said the PD could not be trusted. The M5S and the PD, traditionally fierce rivals, made a pact to form a new government under Premier Giuseppe Conte after League leader and former interior minister Matteo Salvini pulled the plug on Conte's League-M5S government last month. "Some say 'don't trust the PD', 'be careful'. I say to everyone: trust needs to be shown!," Di Maio said on his blog. "In this case, the proof is votes in parliament. "And the first test of this government is the cut in the number of parliamentarians. "This should be completed in the first two weeks of October. "Then the real test for us and for this government will be the budget law in December. "The minimum requirement is to avoid the increase in value added tax (scheduled to kick in next year). "We must give workers a minimum wage and lower taxes. Otherwise what are we doing in government?"