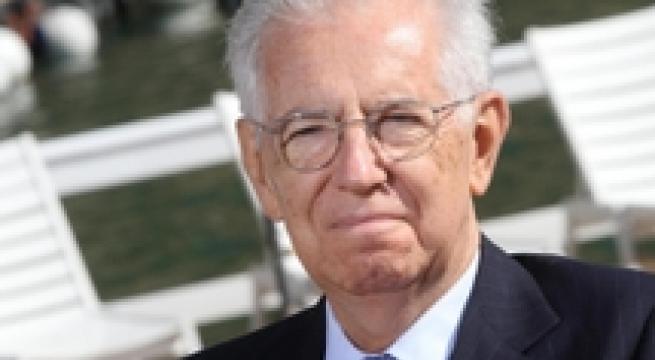 Trani, January 29 - Former premier Mario Monti testified for the prosecution Friday at a trial into alleged market manipulation by ratings agencies Standard & Poor's and Fitch. In October 2014, prosecutors in the Puglia city of Brindisi indicted five managers and analysts from Standard & Poor's (S&P) plus the agency itself on charges of deliberately misleading financial markets with reports on Italy. S&P in January 2012 downgraded Italy from A to BBB+, and Corriere della Sera reporter Marco Galluzzo cited Monti as saying at the time that the move was tantamount to "an attack on Europe". Monti however denied saying those words in a 2014 statement to prosecutors. Also testifying for the prosecution are former S&P Italy CEO Maria Pierdiccchi, and Galluzzo. Pierdicchi allegedly said in a 2011 wiretapped conversation that S&P analysts weren't capable of managing Italy's ratings. "I wasn't referring to their analytical skills, but to their mental and psychological endurance" due to the fact that S&P analysts in Greece and Spain had gotten death threats at the time, she explained today on the stand. "Downgrading a country causes negative consequences," Monti said today on the stand. The case follows a lawsuit stemming from 2011-2012 reports questioning Italy's creditworthiness and lowering its rating. The reports in question were issued between May 2011 and January 2012, at the height of the eurozone debt crisis when Italy looked to be in danger of a Greek-style financial meltdown. They included a report issued on January 13, 2012, in which the United States-based S&P downgraded Italy's sovereign debt rating by two notches from A to BBB+. That same day, S&P also lowered its rating on several Italian banks in findings that another employee at the ratings agency disagreed with in an email, seized by authorities and given to Trani prosecutor Michele Ruggiero. The defendants are charged with aggravated market manipulation to the detriment of a sovereign State and causing massive economic damage. S&P has called the charges "completely unfounded". Complaints against S&P were initially raised by a group of 10 consumers and the Italian consumer association Adusbef, now a civil plaintiff in the suit. Prosecutors say at least four ratings reports were involved and allege these were deliberately aimed at distorting market opinion on the risks involved in buying Italian bonds as well as the viability of Italian efforts to deal with the crisis that hit sovereign bond markets extremely hard. Ratings by the influential international agencies have a significant effect on the cost of borrowing for businesses and government, and also have an impact on the size of government deficit and debt.