'As per ECHR ruling' tweets Council of Europe chief 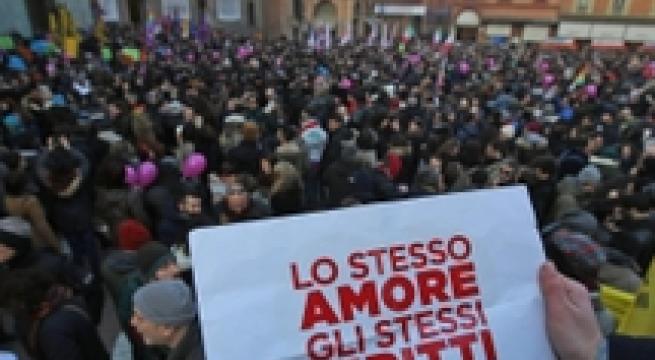 Strasbourg, January 26 - Council of Europe Secretary-General Thorbjorn Jagland on Tuesday encouraged Italy to pass a civil unions bill guaranteeing rights for gay couples. "I encourage #Italy to ensure legal recognition for same sex couples as per @ECHR & as in majority of @CoE states," he tweeted. A civil unions bill that would extend rights enjoyed by straight married couples to committed gay couples - such as the right of one spouse to inherit the other's property or pension, or to make decisions in their stead should one partner be incapacitated - is now before parliament. Catholics across the political spectrum object to a measure in the bill allowing gay spouses to adopt their partner's biological children. The European Court of Human Rights in July 2015 condemned Italy for failing to give gay couples legal "recognition and protection", and said the State must change its laws to remedy that. "The legal protection currently available in Italy to same-sex couples...not only failed to provide for the core needs relevant to a couple in a stable and committed relationship, but it was also not sufficiently reliable," the human rights court said in its ruling. The court also ordered the State to pay damages of 5,000 euros to each of the three gay couples who brought the case against Italy to Strasbourg, and awarded another 14,000 euros to cover legal costs. Premier Matteo Renzi has said his government would introduce laws on same-sex unions this year. Lawyers for the three couples said the ruling was "a very positive result". The Strasbourg court noted that opinion polls have shown that a majority of Italians favour legal recognition for same-sex unions. It added that Italy's Constitutional Court has "repeatedly called for such protection and recognition". Neither same-sex marriage nor civil unions between same-sex partners are legally recognized in Italy but some cities, including Rome, have a civil union register. The court said that was not enough. Where registration of same-sex unions with the local authorities was possible - only in a small share of municipalities in Italy - this had "merely symbolic value" as it did not confer any rights on same-sex couples, the court said. The three couples in the case have been together for years, living in Trento, Milan and Lissone respectively, and all had asked their municipalities to recognize their marriages. In February, Italy's highest appeals court rejected same-sex marriage, saying there was nothing in the Constitution that requires the government to extend marriage rights to gays. However, the Cassation Court added then that homosexuals have the right to a "protective" law that would ensure same-sex couples have the same rights as unmarried Italian couples. The European Parliament in March called on EU member States that have not already done so, to recognise civil unions and same-sex marriage as a civil and human right. The Strasbourg-based court was established in 1959 by the European Convention on Human Rights. Of the 47 member States of the Council of Europe, an organization that promotes human rights, 24 have such legislation, the Strasbourg court added.