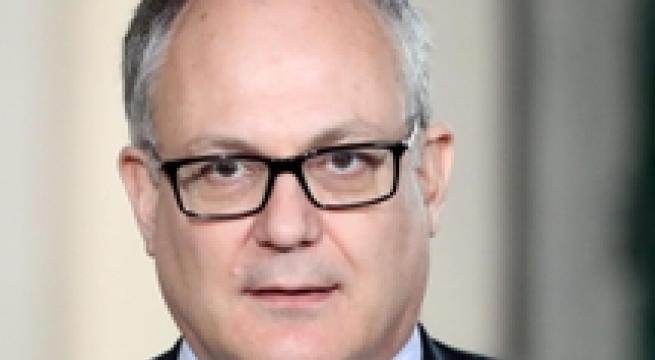 Helsinki, September 13 - Italy is a protagonist in Europe again with the new government, Economy Minister Roberto Gualtieri said on his way into an informal Eurogroup meeting in the Finnish capital Friday. Italy has just formed an unprecedented alliance between the anti-establishment 5-Star Movement (M5S) and the centre-left and pro-EU Democratic Party (PD), of which Gualtieri was an MEP for several years before being named economy minister in the new M5S-PD executive. With this government, Gualtieri said, "Italy returns to being a protagonist in Europe, resumes the role that it is entitled to as a founder member (of the EU) which has ideas, imposes its vision of the EU as a path to improve, change, and make it more capable of facing the challenges of our world". The new government has said, among other things, that it will try to change the Stability and Growth Pact, as President Sergio Mattarella also hoped in helping set up the M5S-PD coalition. "Today we will present the government programme as illustrated in parliament by Premier (Giuseppe) Conte," Gualtieri went on. The programme includes averting a 23-billion-euro VAT hike, cutting the tax wedge for low-to-medium earners, free nurseries for low-to-medium income families, and trying to get investments in the green economy excluded from EU fiscal parameters. Gualtieri said Friday, however, that the 2020 budget and excluding green investments had "different timescales," with the first obviously taking precedence over the second. "The reform of monetary union is on a separate plane from the 2020 budget bill," he said. Gualtieri stressed, however, that the time of "clashes" with Europe, like those under former interior minister and Euroskeptic League party leader Matteo Salvini, was "over". Salvini, who pulled the plug on an M5S-League government August 8 hoping for a snap election to capitalise on high poll numbers and never thinking the M5S would get together with traditional foe the PD, had frequent run-ins over EU fiscal constraints. In an interview with La Repubblica daily, Gualtieri said "there will never be wars with Europe again". He also said the flat tax pledged by the League would be shelved, the quota 100 pension reform would run its course in three years, and a basic income would be improved. Gualtieri also vowed that the VAT hike would not happen, with an "unprecedented" crackdown on tax evasion helping to get the 23 billion euros needed to fund its exclusion.