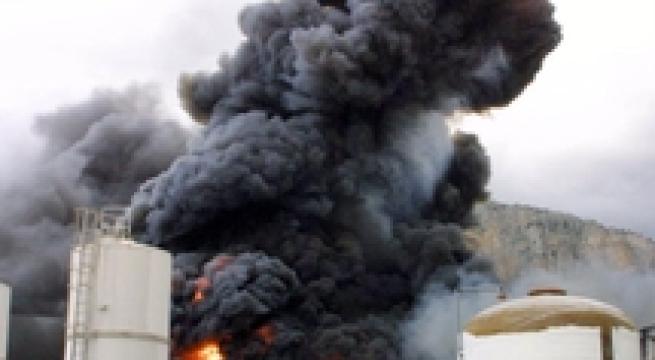 Salerno, September 12 - Authorities in Battipaglia on Thursday issued a toxic fume alert after a fire broke out in tyres stored at a tyre reclaiming plant in the southern city. "Our city," said Mayor Cecilia Francese, "was awoken by a toxic cloud from burning tyres, and from the first investigations at the scene the fire appears to have been a case of arson". The company hit by the blaze reclaims and recycles old tyres. Environment Minister Sergio Costa called for a committee to be set up immediately on the case. "Something shady is happening in Battipaglia," he said. "It is a war and the victims are the citizens who have been suffering there for too long". He said "administrators must be united or the citizens will pay a very high price".