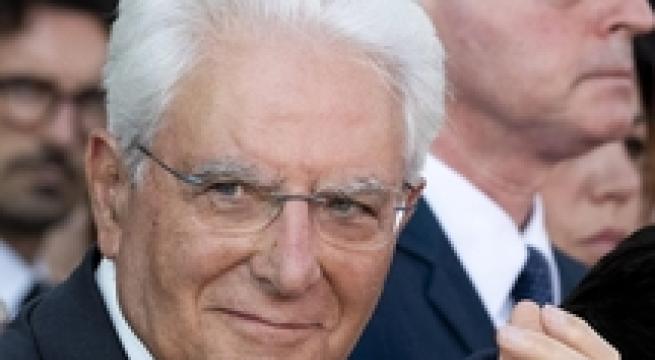 Rome, August 22 - Thursday is a crunch day for Italy's government-formation or election consultations as President Sergio Mattarella meets the big parties to map a way forward. The head of State met the centre-left Democratic Party (PD) at 11 o'clock while he will wind up his consultations with the anti-establishment 5-Star Movement (M5S) at five o'clock. PD leader Nicola Zingaretti said the PD was open to a "turning-point government" with the M5S or else early elections in late October. Zingaretti on Wednesday laid down five conditions for a possible government with the M5S, their former fierce foes. These include a change from the tough anti-migrant policies of League leader Matteo Salvini, who pulled the plug on a 14-month executive with the M5S accusing them of inaction on August 8. In informal talks with the M5S, the PD was also reported to have set three other conditions: the abolition of Salvini's security and migrants decrees; a "pre-accord" on a budget that must be approved with EU assent by the end of the year; and a stop to the M5S's cherished reduction of the number of MPs and Senators from 945 to 600. Another big stumbling block is that the M5S are insisting on caretaker Premier Giuseppe Conte keeping his job in a new administration, something which Zingaretti has vetoed. The possibility of naming a woman premier, possibly former justice minister Paola Severino or Constitutional Court Vice President Marta Cartabia, has been aired by some observers in a bid to meet Zingaretti's insistence on "discontinuity" from the M5S-League government. Mattarella also met the other centre-right party, Silvio Berlusconi's Forza Italia (FI), at noon, after which three-time former premier Berlusconi called for a centre-right government or fresh elections. He had already seen Giorgia Meloni's Brothers of Italy (FdI), which reiterated that the only option was a rapid general election. Mattarella started consultations with the League at around four o'clock. M5S leader Luigi Di Maio has said he will reply to the PD's offer once he has seen Mattarella, with talks scheduled to start at five o'clock.