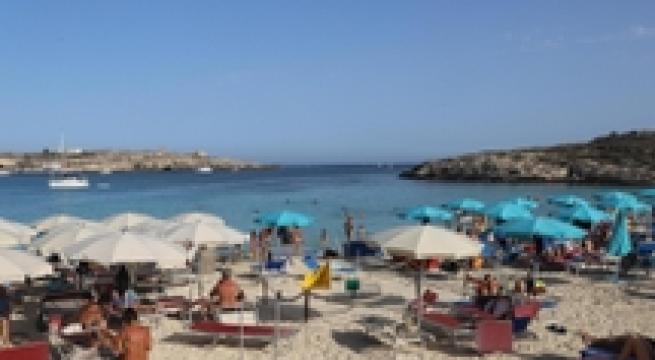 Lampedusa, August 22 - A 52-year-old tourist was slightly hurt Thursday when rocks fell on him after he climbed rocks at Lampedusa south of Sicily. The beach at the Isola dei Conigli (Island of the Rabbits) was crowded with tourists at the time. It was initially reported that several injuries had been caused by a cliff collapsing.