Soccer: Eder passes medical for move from Samp to Inter 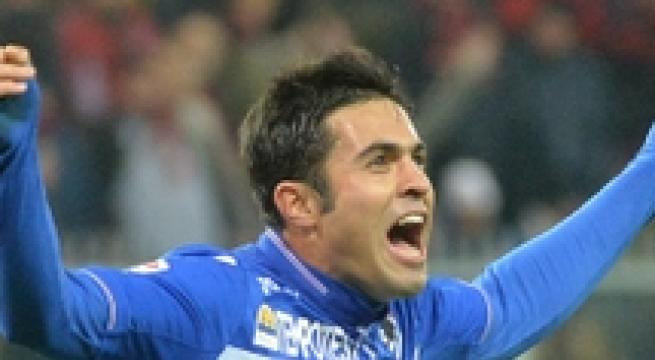 Milan, January 29 - Brazilian-born Italy forward Eder passed a medical for his move from Sampdoria to Inter Milan on Friday, ANSA sources said. The 29-year-old, who has scored 12 goals for Samp so far this season, is expected to train with his new team mates later on Friday. Inter, who have dropped from top of the table to fourth following a poor run this month, reportedly beat off competition from English league leaders Leicester City to sign the striker. His exit has alarmed fans of Sampdoria, who fear they make be regulated without their best player. The Genoa side are currently fourth-from-bottom in Serie A, five points above the relegation zone. Samp are reportedly lining up former Torino's Italy forward Fabio Quagliarella as a replacement.