Leaders expected to talk about money for Turkey, flexibility 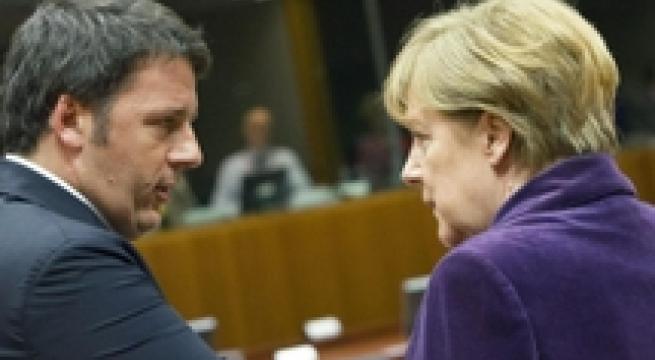 Berlin, January 29 - Italian Premier Matteo Renzi met German Chancellor Angela Merkel in Berlin on Friday. The leaders are expected to discuss a range of issues, including Italy's reluctance to OK three billion euros of EU aid to Turkey in exchange for cooperation with the refugee crisis and Renzi's drive for greater flexibility in the application of the EU's budget rules. On Thursday, German weekly Die Zeit said German Chancellor Angela Merkel will find Renzi "a tough nut to crack" in the talks. "Renzi's message is clear: we've done our bit, now it's up to others," the weekly said. "When the Italian arrives in Berlin tomorrow, Angela Merkel will try to make him change his mind. And she'll find a hard nut to crack". Referring to the aid to Turkey, Die Zeit described the transformation of Renzi from "model child of southern Europe" to "angry young man".