Mobsters arrested with bazooka in Bari (2) 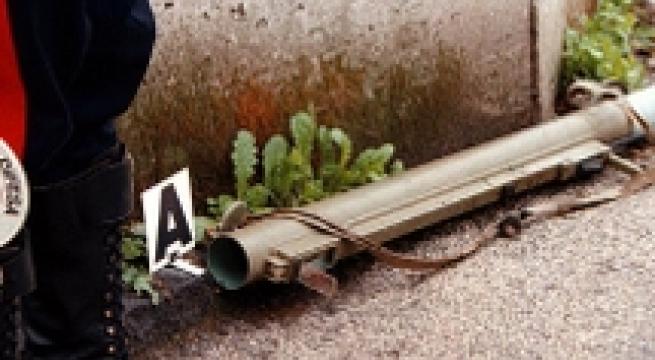 Bari, December 31 - Police on Thursday arrested four mobsters in Bari after seizing a bazooka from them. Police said the suspects belonging to the Di Cosola clan recruited teen members and "tested" them before putting them to work. They were named as Giovanni Martinelli, 48, Carlo Giurano, 31, Luigi Guglielmi, 33, and Alfredo Sibilla, 29. Guglielmi and Martinelli head up two different factions within the clan and are engaged in a turf war because clan boss Antonio Di Cosola is in prison, investigators said. The four were booked on charges of mafia racketeering aggravated by weapons charges. The Puglia mafia, the Sacra Corona Unita (United Holy Crown), is Italy's fourth and smallest organised crime group after Cosa Nostra in Sicily, Calabria's 'Ndrangheta and the Camorra in Campania. The bazooka is a rocket-propelled anti-tank weapon that can be fired from the shoulder.