Skepticism about EU deal on mechanism for bad loans 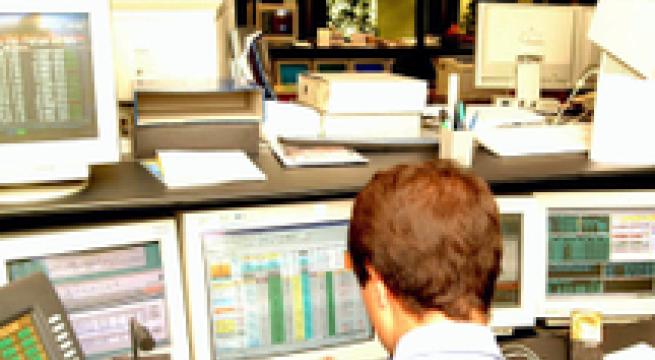 Milan, January 28 - It was another turbulent day on the Milan stock exchange Thursday as external factors like renewed fears over the Chinese economy and oil prices combined with skepticism about Italy's deal with the European Union on a mechanism to resolve non-performing loans (NPLs), driving stocks down and punishing the banking sector in particular. The Milan stock exchange's benchmark FTSE Mib index shed 3.49% on Thursday, taking it down to 18,189 points. It had earlier been down by more than 4%. The spread between Italian and German 10-year bonds closed on 111 basis points, six up from Wednesday's 105, in another key indicator of financial strains. Other European bourse suffered too, but less so, with London down 0.98%, Frankfurt off 2.44% and Paris down 1.33%. European investors were cautious after the U.S. Federal Reserve yesterday left the door open to further monetary tightening in March despite slowing growth in the world's biggest economy since December. In Milan, banking stocks were battered by the dim view investors took of the EU deal, with many appearing to think the "boil" of 200 billion euros in bad loans still had to be properly lanced. Amid a flurry of suspensions for excessive losses, Unicredit, Ubi Banca, Banca Pop Mi, Banca Pop Er e MPS all suffered heavily. Among the worst hit were Bpm (-9.8%) and Bper (-7.5%) while the only stocks to gain ground were in the oil sector: Eni (+0.2%), Tenaris (+0.3%), Saipem (+3%) and the rights of Saipem's rights issue up 9.6%. MPS, despite declaring a profit for the first time in 10 years in 2015, plummetted over 8% amid continued concern for its high ratio of NPLs. The bourse has been hit by the investor skepticism about the agreement Economy Minister Pier Carlo Padoan reached with the European Commission on a guarantee mechanism, the so-called 'bad bank lite', to help Italian banks offload billions of euros of NPLs from their balance sheets. U.S. ratings agency Fitch said the plan, whose details are still under review, may have a limited impact on improving asset quality and could have a neutral impact on the lenders' ratings. The success of the scheme will also depend largely on how NPLs are valued, Fitch said. Italy reached the deal for the bad bank light with the European Commission late on Wednesday. It envisages a mechanism to manage over 200 billion euros in bad loans that are weighing on the balance sheets of Italian banks. "An agreement has been found with the EU about a guarantee mechanism for non-performing loans," Padoan said after five hours of talks with European Competition Commissioner Margrethe Vestager. "This completes the Italian tool box for managing bad loans". The mechanism will help lenders offload bad loans with the help of guarantees given at market prices that the EU does not consider State aid. Rome and Brussels had been in talks about the possibility of setting up a fully fledged bad bank to put the NPLs into, but this ran into problems due to European rules against State aid. Vestager said she was "very satisfied" at a "very good" agreement. Padoan went on to stress that the deal on the public guarantee for the securitization of the bank bad loans - a mechanism using asset-backed securities (ABS) similar to that used in the US subprime loan crisis, only with canny investors instead of know-nothing small shareholders and mortgage holders involved - will have "no impact" on Italy's budget deficit or public debt.