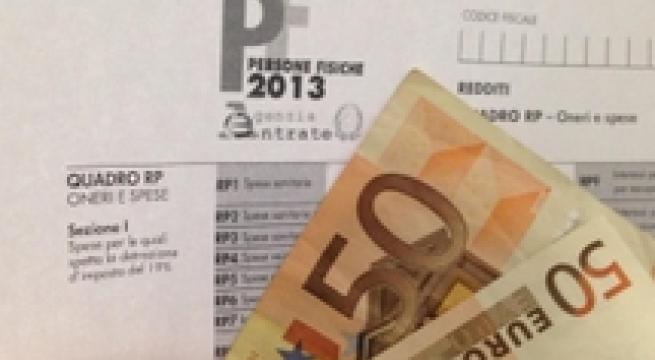 Rome, January 28 - Italy's black economy amounted to one third of official GDP, or at least 540 billion euros, private research institute Eurispes said Thursday. To this must be added over 200 billion euros generated by Italy's criminal economy, according to the Eurispes 2016 Italy report. The black economy accounted for some 270 billion euros in missed tax revenue, the research institute added. The report presented tax evasion as being a 'mass phenomenon' that involves most Italians in one way or another. "Are we all evaders? Probably yes," Eurispes wrote. Babysitters were the category that most often work without a contract (im 80% of cases), followed by private tutors (78.7%) and domestic workers (72.5%). Carers for the elderly, gardeners, bricklayers, plumbers, electricians and carpenters all came high on the list, as did specialist doctors at 50%. During 2015 28.1% of people interviewed agreed to work without a contract, according to the Eurispes report. This compared to 18.6% the previous year. Finance police completed 16,928 investigations into alleged tax evasion and tax fraud, according to figures contained in the Eurispes report. These alleged tax crimes led to 10,893 reports and asset seizures worth over 895 million euros. Investigations also uncovered 9,655 contractless and 9,301 irregular workers and 4,483 employers who used irregular or black labour. The Eurispes 2016 Italy report also registered signs of improvement regarding the economic outlook for families compared to last year. The percentage of people who thought the economic situation in Italy had remained stable over the last year rose from 14.6% to 30.3%, while the percentage of those who though it had deteriorated fell from 58.4% to 23.3%. The number of optimists also rose from 1.5% in 2015 to 16.2% this year. Some 27.3% of people interviewed said they couldn't make ends meet, down 19.9% over last year. Likewise, 44.5% said their family had to resort to using savings in order to make it to the end of the month, down 18.3% on 2015. The report also probed changes in behaviour as a result of the Islamist terrorist threat following the November Paris attacks in which 130 people were killed. Nearly one in four Italians said they had changed their daily habits in response to the threat, Eurispes found. Specifically, 17% said they tried to avoid crowded places such as cinemas and theatres, while 16% used public transport less often. Railway stations and airports were found to be no-go areas for one Italian in five. Further, nearly two in five (39.8%) said they viewed Middle Eastern-looking people with suspicion. Generally speaking, the higher the level of education the lower the level of fear. Also, confidence among Italians in the intelligence services rose from 62% in 2015 to 64% this year. This compared to 52% in President Sergio Mattarella, 35.3% in the judiciary and 20% in parliament - up 10.1% over last year.