DiCaprio thanks pope in Italian 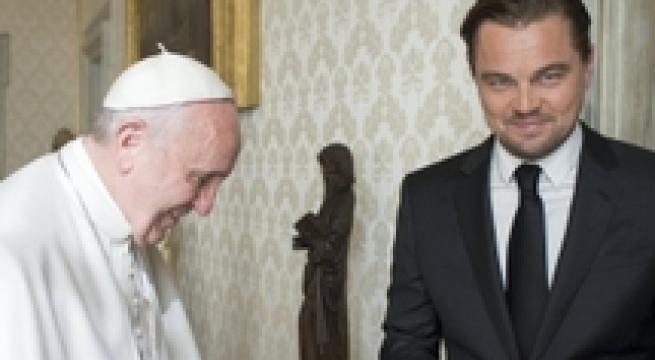 Rome, January 28 - Hollywood star and environmental campaigner Leonardo DiCaprio thanked Pope Francis in Italian for granting him a private audience Thursday. The actor, who recently got another Oscar nod for The Revenant, kissed the pope's hand in his personal library and said to him in Italian "thank you for having granted me this private audience". DiCaprio gave Francis a book of illustrations by Hieronymus Bosch, telling the pope: "A picture of the Earth by Bosch hung over my bed as a child, my father put it up. "For me it always represented the planet and ecological utopia, it was an inspiration and a promise for the future," said the star, who promotes environmentally friendly causes through a foundation. DiCaprio then gave the pope a cheque from his foundation. Francis, for his part, gave DiCaprio a copy of his ecological encyclical Laudato Si', as well as a rosary. The pope, taking his leave, told DiCaprio: "Pray for me, don't forget".