'He told me to carry on' says schoolgirl activist 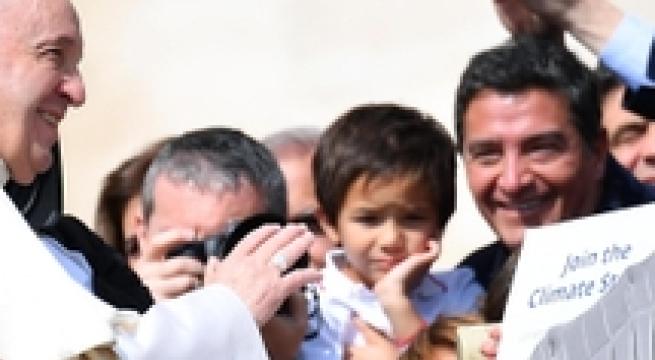 Vatican City, April 17 - Teenage climate activist Greta Thunberg met Pope Francis at the end of his weekly general audience in St Peter's Square on Wednesday. The Swedish girl shook hands and briefly spoke to the Argentine pontiff and showed him a small banner with 'Join the Climate Strike' written on it. "Today I met with Pope Francis," the girl said on her Facebook page. "I thanked him for speaking so clearly about the climate crisis. He told me to carry on". Vatican spokesman Alessandro Gisotti said that Francis "thanked and encouraged Greta Thunberg for her commitment to defending the environment. "In turn Greta, who had asked for the meeting, thanked the Holy Father for his great commitment to defending creation".