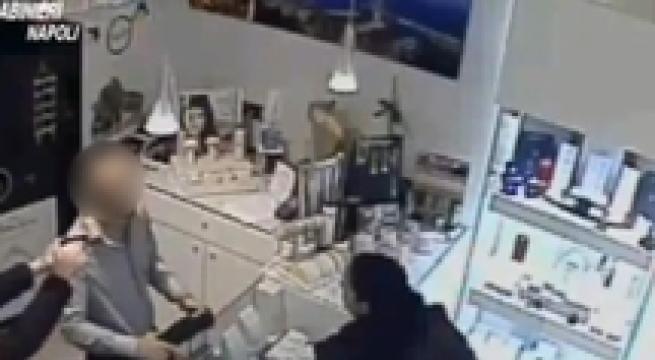 Naples, January 28 - A jewel heist in Naples ended in a 'Stockholm Syndrome-style' handshake between the robber and the victim, police said Thursday. After plundering the shop with a woman accomplice, robber Giuseppe Merolla got talking to the owner and their friendly chat ended with a firm handshake, police said. The pair of robbers were later arrested. The incident occurred at Ponticelli, an eastern suburb of Naples.