Highway accidents down in Italy in 2015 but more casualties 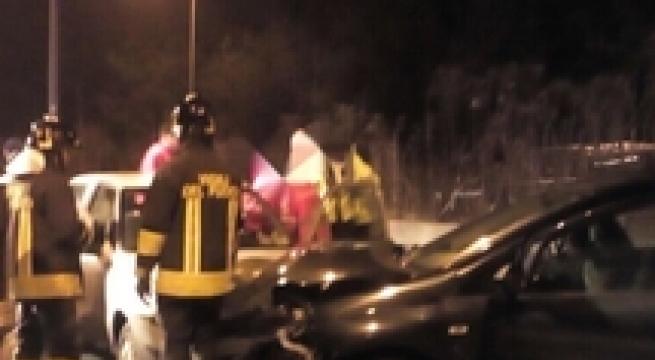 Rome, December 31 - There were fewer road accidents this year in Italy but more casualties, according to the end-of-the-year totals provided by the highway police. As of December 20, 2015, accidents were down by 0.4% at 73,261 reported by the highway police and the Carabinieri (447 fewer than the previous year), but there were 13 more victims. Some 1,497,417 breathalyzer and drug tests were conducted, 25,832 were punished for drunk-driving and 1,963 for driving while under the influence of drugs. The total ban on drinking for some categories of drivers - those under 21, those who have recently got their licenses and professional transporters of people and things - highway police recorded 865 violations for driving with blood alcohol concentrations over 0 and under 0.5 g/l. On weekend nights alone, highway police and Carabinieri confiscated 684 vehicles for driving with blood alcohol concentration levels over 1.5 g/l and for driving under the effect of illegal drugs. Monitoring was stepped up over the year for professional transporters, with 3,984 checks carried out by 24,214 police who checked 59,661 heavy vehicles including 10,211 (17.1%) foreign ones. Some 41,844 violations were found and 426 driving licenses and 786 registration certificates withdrawn. In the 4,165,490 highway control patrols by highway police and Carabinieri this year, 2,387,619 highway code infractions were ascertained, 61,366 licenses and 60,216 registration certificates were take away and 3,139,766 points were removed. The systematic use of Tutor at 322 locations over about 3,000 kilometers of highway made it possible to ascertain - from January 1 to November 30, 2015 - 415,292 speeding violations, an almost 3% drop on the same period in 2014. The Vergilius system is on some parts of the SS 1 Aurelia, SS 7 quater Domitiana and SS 309 Romea state highways, as well as the SS 145 var. Sorrentina. In the first 11 months of 2015, the hours that the system was operating on state highways increased on the year and 23,505 speeding tickets were issued. From April 3, 2015, the system has also been active on the extra 50 kilometers of the A3 Salerno-Reggio Calabria highway, in both directions. As of November, some 123,147 violations had been recorded.