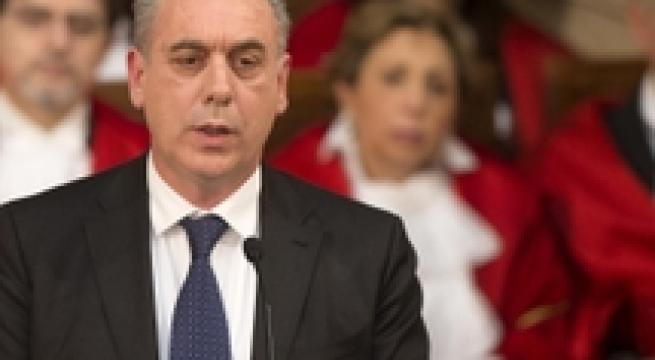 Rome, January 28 - "Opaque and anomalous conduct" by individual magistrates risks undermining the autonomy and credibility of the judiciary, Giovanni Legnini, vice president of the Supreme Council of the Magistrature (CSM), the judiciary's self-governing body, said Thursday. "There is an impending concern within the Supreme Council and the judiciary as a whole," Legnini said at the inauguration of the 2016 judicial year. "It is the concrete risk that the autonomy and independence of the magistrature is undermined by a lessening of its credibility and legitimacy as a result of opaque and anomalous conduct," he continued. "It is fundamental that the entire judiciary reacts to defend a high ethical and deontological tension," Legnini concluded.