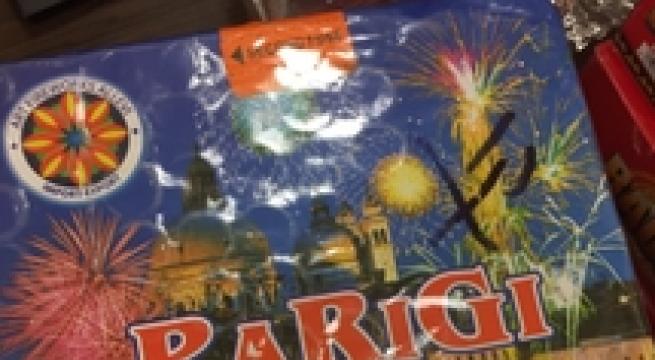 Caserta, December 31 - Police said Thursday they confiscated a massive 'Paris Bomb' illegal firework for New Year's Eve inspired by the November 13 terrorist attacks in the French capital that killed 130 people The huge banger, containing 10 kg of gunpowder was programmed to let off 100 different bangs and was among 80,000 illegal fireworks weighing some 6.5 tonnes seized by the Caserta finance guard in a hardware store run by Chinese immigrants, police said. In all finance police in Caserta province charged 34 people with illegal sale of explosive material and illegal production of fireworks, seizing a total of 300 kg of gunpowder together worth some 400,000 euros.