Auschwitz makes us stare into the abyss, says president 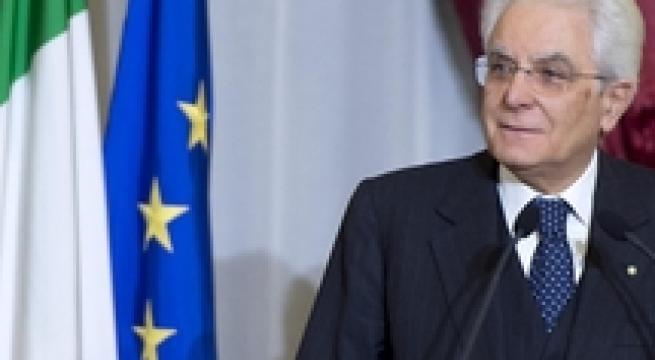 (by Catherine Hornby). Rome, January 27 - President Sergio Mattarella warned on International Holocaust Remembrance Day Wednesday that the Auschwitz extermination camp showed what men are capable of and that aberrant theories are still causing innocent deaths. The camp in Nazi-occupied Poland was liberated by the Soviet army on January 27, 1945. At least 1.1 million prisoners are estimated to have died there, including many Italians. Ceremonies were held across the country on Wednesday to keep the memory of the mass murder alive. "Auschwitz, with its barbed wire, gas chambers, huts and ovens does not leave us," Mattarella said during a commemorative event at the Quirinal presidential palace. "On the contrary...it forces us every time to return to the edge of the abyss and stare down into it, with our eyes and minds full of pain and moral revulsion." He stressed the importance of realising that even today, 71 years after the camp's liberation, aberrant theories, hatred and fanaticism kill innocent people around the world, and he warned against the dangers of "other deadly types of racism, discrimination and intolerance". He said nationalism generates mistrust, sows rivalry and hostility, and risks tarnishing the European integration project. Mattarella also recalled that Italy has not been immune from the "virus" of racism and that the "shame of Fascist racial laws" should be remembered. Also on Wednesday, Premier Matteo Renzi tweeted his memory of visiting Auschwitz with Holocaust survivor Nedo Fiano, adding the words "never again". Florence on Wednesday awarded honorary citizenship to Tatiana and Andra Bucci, two Auschwitz survivors who have been accompanying Italian students on trips to see the camp in recent years. Education Minister Stefania Giannini said the memory of Auschwitz needs to be nurtured in younger generations, and schools have a duty to ensure this. Italian Jewish Communities Union President Renzo Gattegna said the remembrance day was a chance to honour victims and to shun any theory of inequality among peoples that can lead to oppression and slavery.