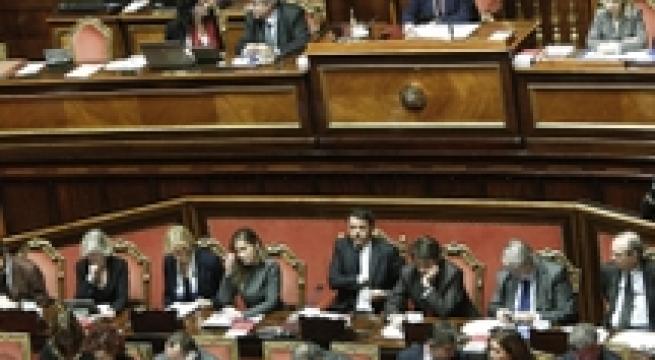 Rome, January 27 - Two PD Senators on Wednesday said they were "ready" to withdraw a so-called 'kangaroo' amendment to the government's civil unions bill that would have killed all other related amendments. "We register with pleasure the fact that Forza Italia and the Northern League have said they're going to withdraw 90% of their amendments," said Andrea Marcucci and Laura Cantini. The rightwing opposition Northern League (LN) party said earlier on Wednesday it is willing to withdraw 90% of its 5,000 amendments to the government's civil unions bill. The move came after the majority agreed to remove a so-called kangaroo amendment filed by the ruling Democratic Party (PD) that, if passed, would have wiped out most League amendments thanks to the so-called kangaroo rule. That rule says the outcome of voting on one amendment automatically counts for all similar amendments. Also on Wednesday, Senate caucus leaders decided that next week will be spent on overall debate of the bill. It did not set a date for voting on the amendments or a final vote on the bill. Voting on other opposition objections to the bill is slated for February 2.