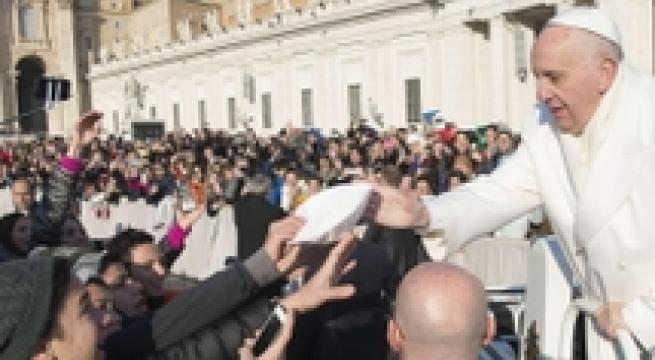 Vatican City, December 31 - Pope Francis tweeted Thursday that people should always be thankful for a merciful God. "Let us thank God who is always present, close and merciful," Francis said, citing the official Bull of Indiction for the Extraordinary Jubilee of Mercy, as he has been doing over the past few days. Francis in April presented the Bull of Indiction for the Jubilee, which began December 8 and runs till November 20 2016. The bull is the fundamental document for the Holy Year that outlines the overall spirit and intentions for the Jubilee, as well as the spiritual fruits that are hoped for. The 28-page bull is titled "Misericordiae Vultus" or "The Face of Mercy".