Budget talks going down to the wire - Conte

Working on final details in bid to avert infringement procedure 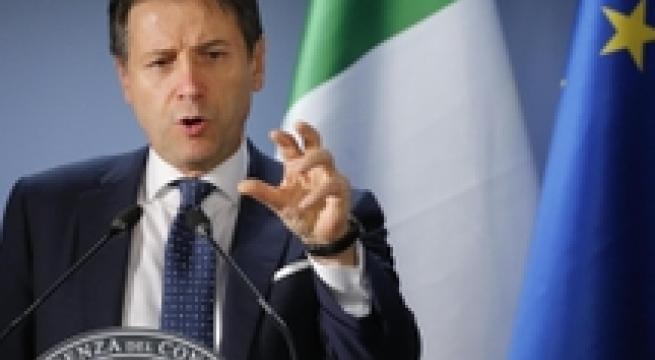 Brussels, December 14 - Premier Giuseppe Conte said that talks between the government and the European Commission to try to reach an agreement on Italy's budget for 2019 were going "down to the wire". "We are working in order to be able to complete the final details, to complete our proposal," Conte said at the end of the European summit in Brussels. "These are intense, frenzied moments for the government. "We'd like to wrap things up as soon as possible". Conte has proposed Italy running a deficit of 2.04% of GDP next year, compared to 2.4% in the executive's initial plan, to stop the Commission opening an infringement procedure. "Italy is not there cap in hand, (the government) has drafted a well-constructed budget, a well thought-out one, and this last step is not the fruit of a last-minute rethink". Conte said that key pledges in the budget plan for 2019 will not change as the result of the negotiations. The government's key pledges include the introduction of a 'citizenship wage' basic income for job seekers and the 'quota 100' pension reform that would effectively bring down the retirement age by allowing people to start claiming a State pension when their age plus their years of contributions add up to 100. "The reforms are (still) the ones that we planned. There is no reason for controversy," Conte said.